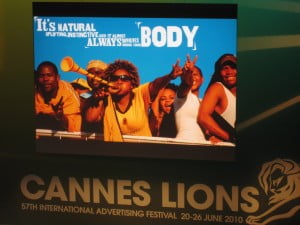 Coca Cola made the bigest integrated campaign in the world with Fifa 2010. They wanted to promote Africa and it’s optimistic spirit, and change the way the western world see this continent. The World Cup Trophy was all over the world giving the opportunity to common people to see it and touch it. A focus point of the campaign was Roger Milla which is famous for his original way of celebrating after scoring a goal. All this was completed by the  song which become more famous than the Official Fifa song. It had it’s own versions in different countries, making it number one in charts all over the world.