I think this was the first seminar that almost made me cry. No, it wasn’t because of the bad english shown by the speakers of Dentsu, Japan. The reason was this ad, screened in memory of one of their colleaugues, who passed away two years ago. Enjoy it before continuing this post.

Moving on, i must praise the well-known japanese concern about technology. They combined that with the will to give consumers a complete experience of music and created Miku Hatsune. Miku looks like a girl, but you can’t touch her..  cause she’s a holograme. And not only that. Miku Hatsune is an application that enables any user to sing (no mather how badly) and compose a song that would be transformed into a piece of art. The best 50 songs were taken to stage by a cute holograme of an anime female character, Miku. Everybody went nuts for her and the unusual concert was a great success and everything was real (the audience, the band, etc) but the singer!

The japanese people live very concentrated in very small places, so their smartphones become their last sanctuaries. That’s why their advertising industry has been heavily digitalized in the last years. One thing I liked from their tones of digital success case studies was that of a phone application that could see and catch butterflies in real time and space. Now that’s what I call reuniting humans and nature.. through machines! 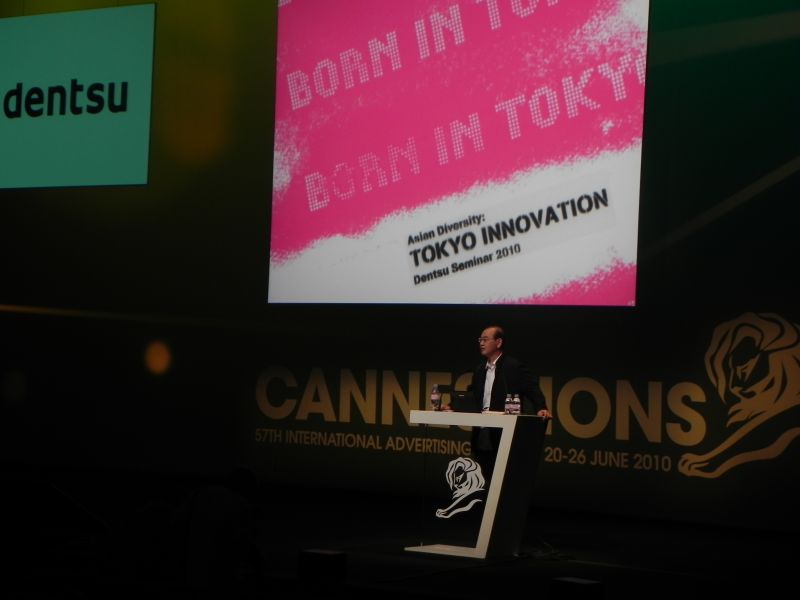